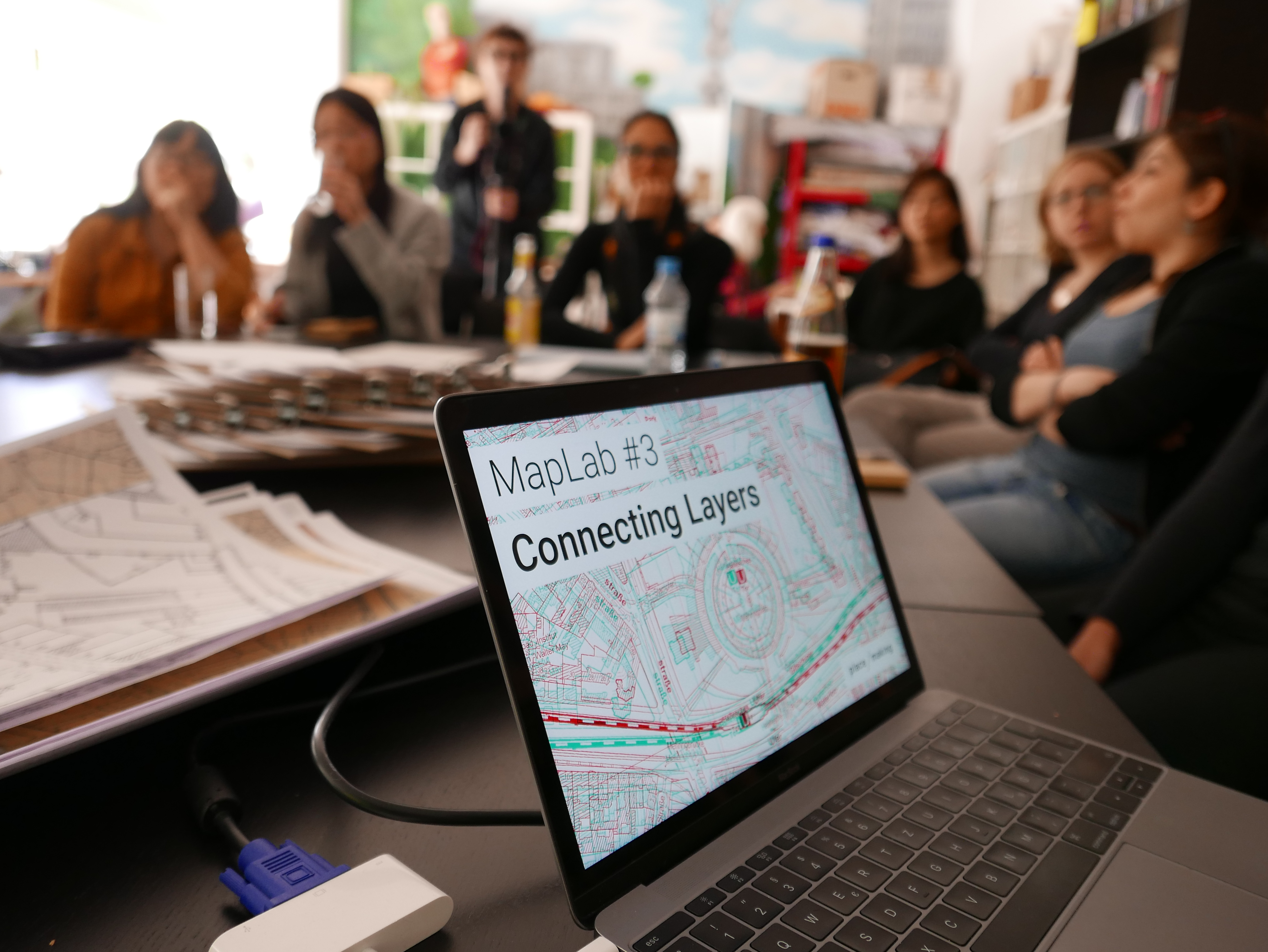 On March 24th the third Mehringplatz MapLab has taken place at the Kiezstube. The neighbourhood mapping exercise has been coordinated by the social designers Stefan Göllner and Jan Lindenberg of place/making Berlin. With the help of an appositely prepared mapping set using transparent layers, the group of participants has been involved in a short walk of the area, mapping very different phenomena or elements characterising the neighbourhood. 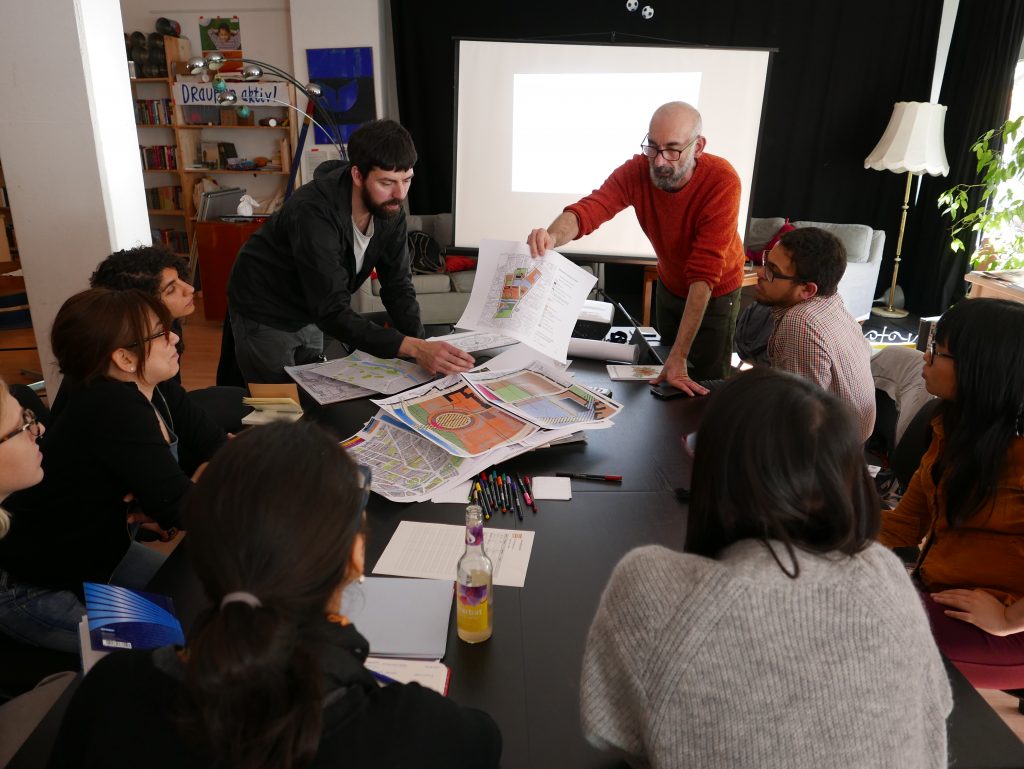 Each one has selected a different subject according to their background and interest, ranging from more volatile behaviours and signs to the physical distribution  of  different typologies of objects. Among the chosen subjects: 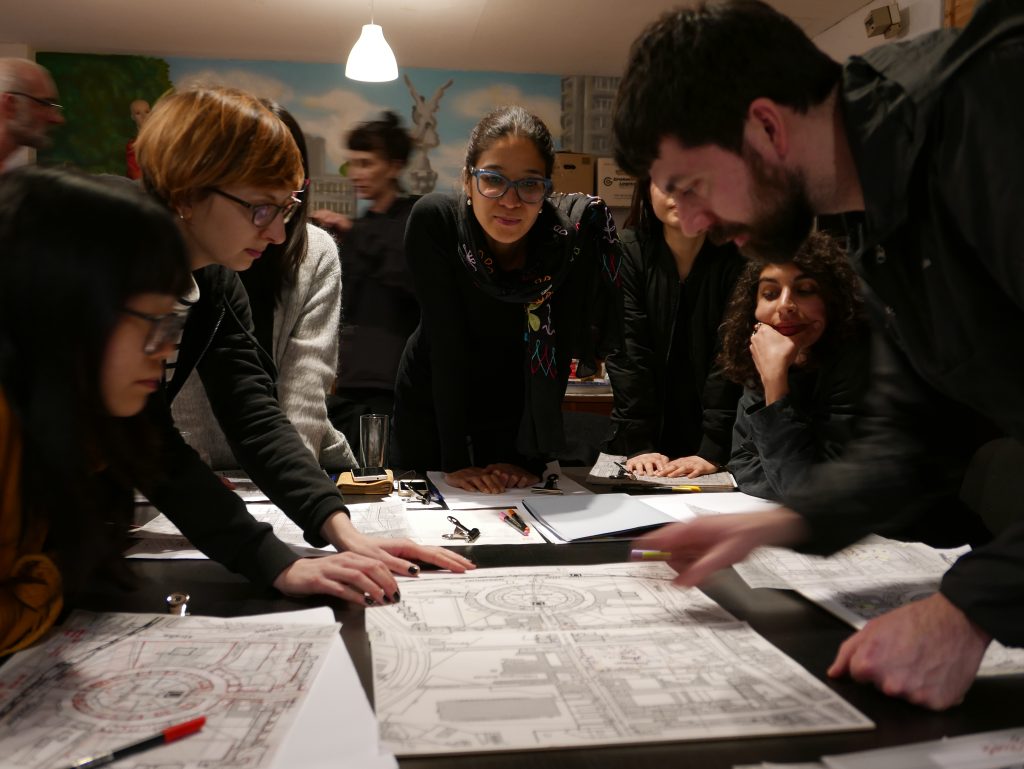 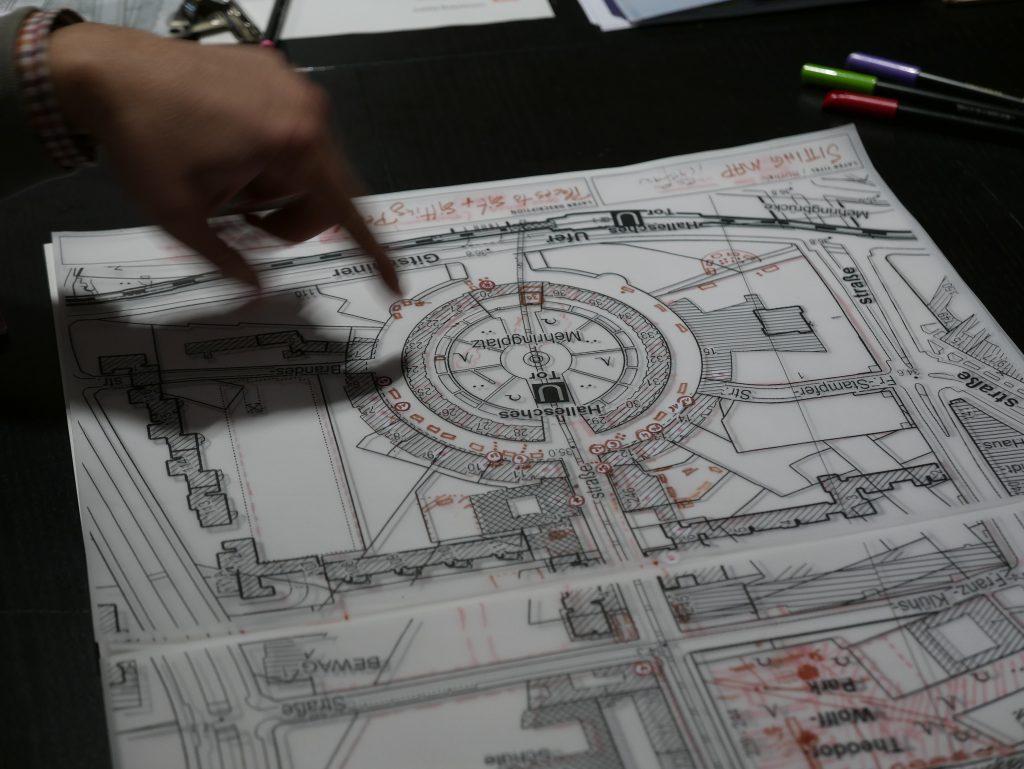 While the itinerary to follow has been free choice of every participant, three main spot have been identified, mandatory to each one to cross: the  Mehringplatz “Rondell”, Theodor Wolff Park, and  the Blumenmarkt/Besselpark. 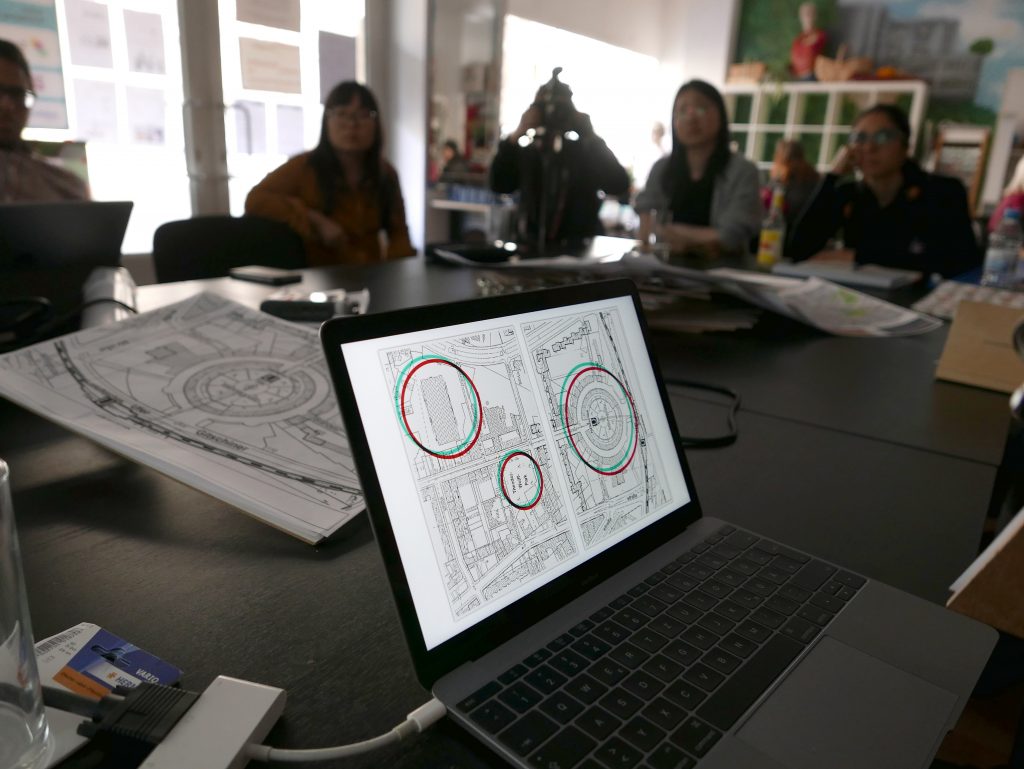 Back to the Kiezstube, the single patterns captured by the participants have been overlapped and confronted, discussing connections and matching or mismatching configurations. Furthermore, a set of existing mappings of Mehringpltaz printed in scale have been provided to add other layers of information to confront with the observation of the participants. 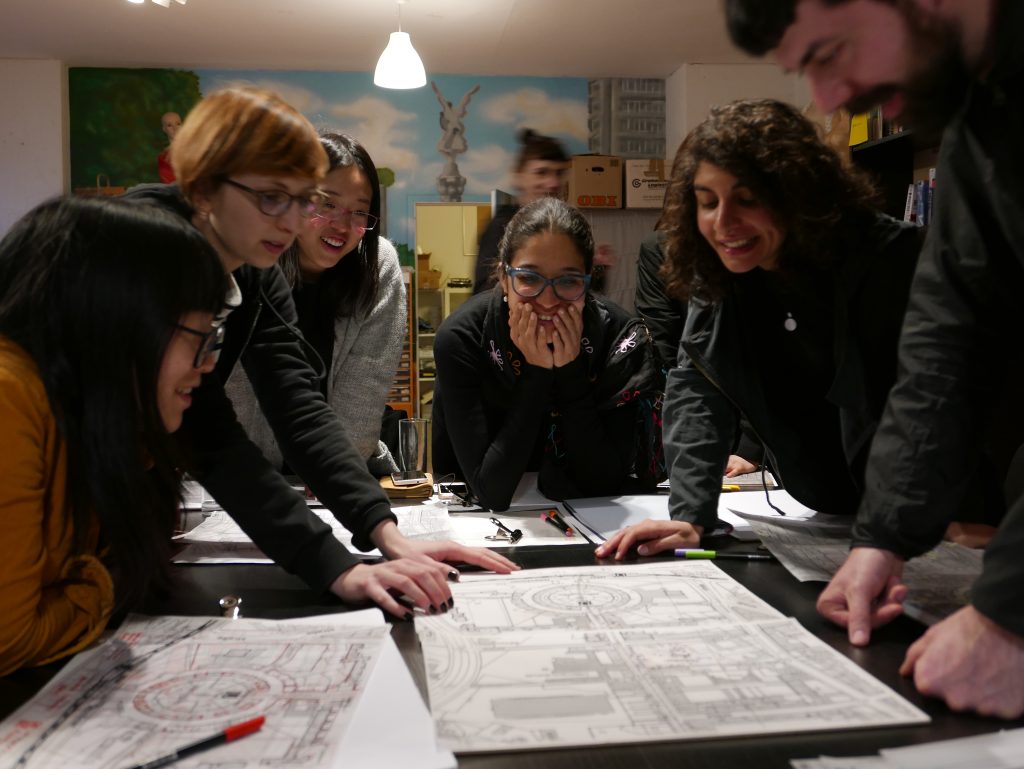 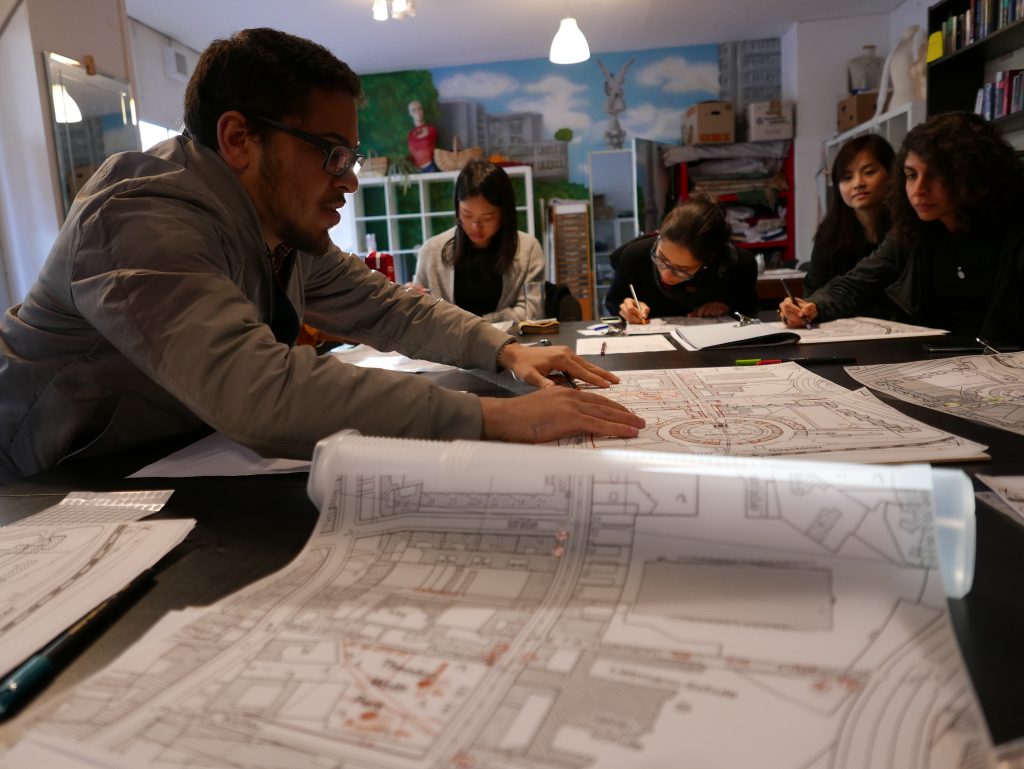 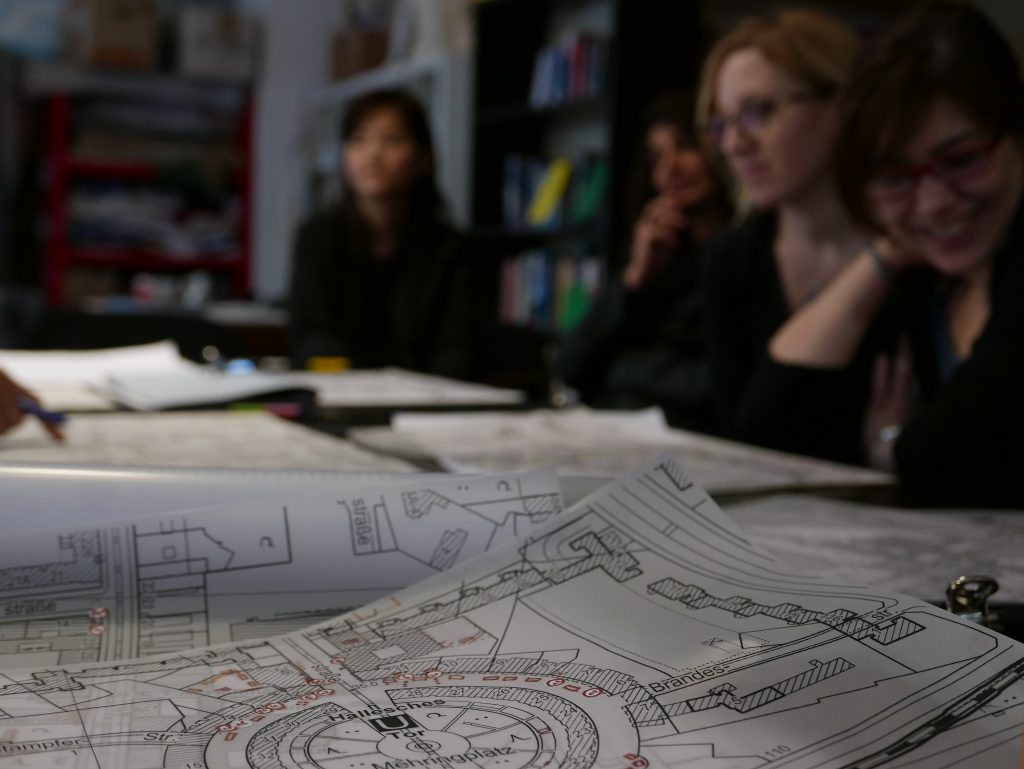 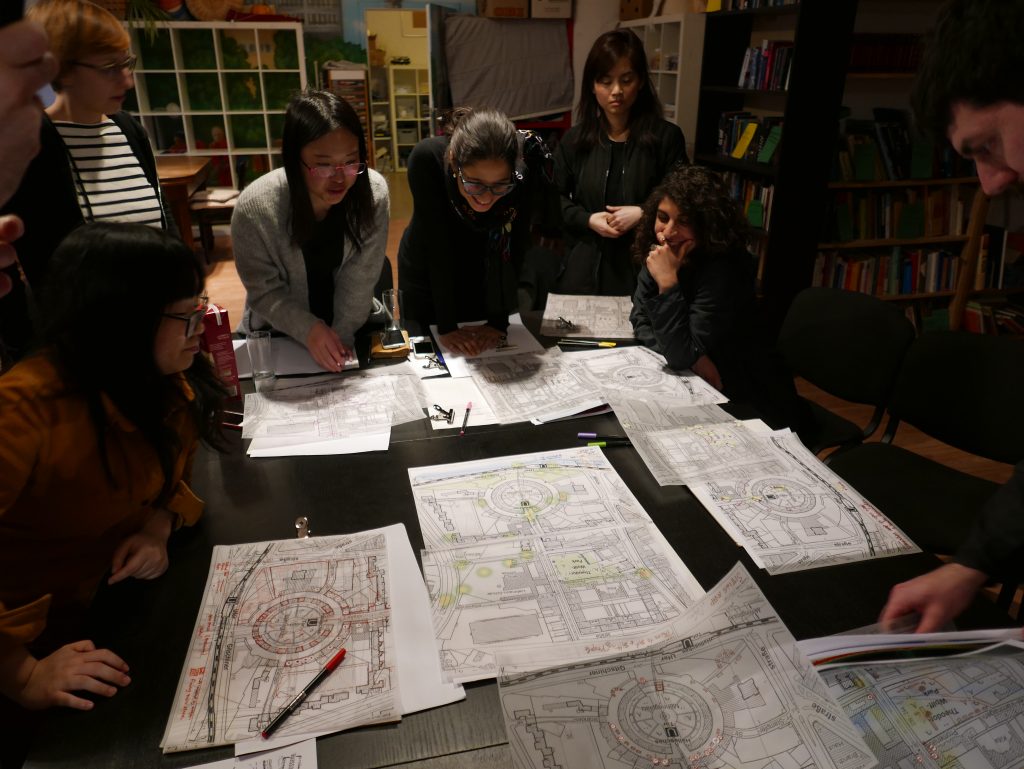