A very sadly ironic article about “veiled” forms of racism found on italian sns after Lampedusa’ facts. The journalist has collected tweets and comments playing on the expression “I’m not racist but …”. +info

Italy’s National Office against Racial Discrimination (UNAR) investigated 1,283 cases of discrimination in 2012, up 61% on the year, according to its Contact Center. The UNAR emphasized that the data could indicate a higher sensitivity to possible discrimination by the public at large and a greater tendency to report. The majority of complaints, 19.6%, came from the northern Lombardy region around Milan, followed by 14.4% in the central Lazio region around Rome 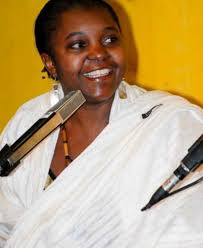 Since becoming Italy’s Minister of Integration, Congolese-born Cecile Kyenge has suffered racist and sexist abuse. The latest slur came over some days ago, when Senator Roberto Calderoli, deputy head of the Northern League in the Italian Senate, compared Kyenge’s features to that of an orangutan.[Source]

National Observatory of Sensitive urban zones (ZUS) is worried about the inhabitants of some ZUS. The study shows that there is a link between a physic address and chances to get a job in France. If you have a ¨bad¨ address, you probably face with discrimination during the recruitment process.[Source]

Norwegian young woman has been held by the authorities of Dubai during 4 months. After she was reporting rape to a local policy officer, she was accused of several infractions: extramarital relations, drinking alcohol and perjury.[Source]

Two girls used an anonymous account on Instagram to make unpleasant comments about other young people on a photo posted online. They have been judged and finned. The risk of using a false or an anonymous identity is high, but it becomes more and more difficult to stay invisible online. [Source]

A feminist society was created by 16-, 17- and 18-year-old girls in response to an offensive behavior of their male peers. The young activists are defending gender equality and respect for women.[Source]