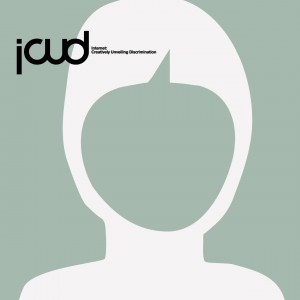 The ICUD project seeks to raise awareness and explore innovative and creative forms of combating discrimination online, by paying attention to hidden manifestations of discrimination. It is responding to an urgent need, as so far there have not been enough research and projects about the phenomenon at EU level.

Implemented by 6 project partners (5 grassroot organizations and 1 university) from five EU countries: Belgium, Italy, Romania, the United Kingdom and Spain, the project aims to provide a practical guide on how to unveil masked discriminatory practices: to show a way of becoming creative internet “prosumers”, who do not just passively “consume discriminatory contents” but actively produce material counteracting such conducts.

Racism and discrimination are not new phenomena and although publicly condemned, are often privately tolerated in online contexts. They have undergone a transformation from visible to more latent forms and are manifested in popular social networking sites (hereafter SNS). Youth, the main users of these sites, are particularly affected by and exposed to racist and discriminatory messages, that in forms of images, videos, comments, are circulated in SNS. Users can be easily mislead, since “cloaked” (disguised)  forms of discrimination are hidden in false, “politically correct discourses”, like “I am not a racist, but”…

While taking into consideration how these sites constitute a powerful form of non-formal learning, recognizing how youth in particular are challenged by online racist contents, this project is directed towards providing guidance for vulnerable community members who are more likely to face discrimination (i.e. migrants, certain ethnic and cultural groups, young people at risk of social exclusion, their parents and educators) and for everyone willing to act against these conducts, such as NGOs, media content providers, community managers, local and national authorities.

The project will be carried out over 24 month (December 2012-November 2014) in 3 accumulative phases, logical steps in order to produce, test and later share an anti-discrimination-pack, which will be an integrated and interactive tool (in 6 languages: EN,SP,CA,FR,IT,RO) that includes reflections of people working with youth and young people themselves.

Phase 1 – the framing process – based on previous theoretical frame and case studies collected by partner organizations, local interdisciplinary groups (teachers, social workers, youth trainers, community managers) will discuss and work out possible ways of acting against and combating discriminatory material in SNS. The research will provide resources for analysis and will be made available on the project web site.

Phase 2 – the action pilot process – serves for testing the previously compiled methodological guide, but also includes creative and empowering activities with young people aged 15 to 30, including those at risk of social exclusion and members of communities who are marginalized and are more likely to be exposed to discrimination, let it be online or face-to-face. Participants of the pilot groups will receive training followed by digital sessions, during which they can express their thoughts and reactions. In this way the project gives voice to the mainly affected and integrates their ideas in practical tools designed for actions.

Phase 3 – the communication and dissemination process – will entail local dissemination events and a European conference in Barcelona (13th and 14th of March 2014), to promote the project and its outcomes, compiled in a practical anti-discrimination-pack, which provides an innovative model of how the most vulnerable can unveil discrimination on the Internet and can start acting against it in sns.