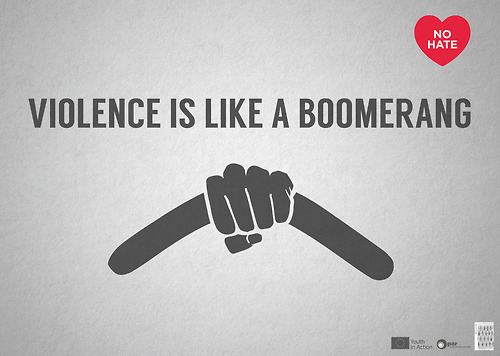 The No Hate Ninjas is a group of 5 young activists from Europe who take on the ninja mask for one mission: fighting hate speech online and offline.

It is a spin-off movement to the No Hate Speech Movement of the Council of Europe to make the campaign more visible.

2 artists, Raquel and Eszter, design the graphics and posters you can see on their tumblr blog.

The goal is to amplify the impact of the No Hate Speech Movement by reaching out to those who would not primarily be interested in the campaign. How?  Through interaction and radicalism. For example, they organised a dance party in

Do follow them on social networks! And be sure to watch their video about Cats, Unicorns and Hate Speech.

(Thanks to the ninjas for sparing some time for the interview)