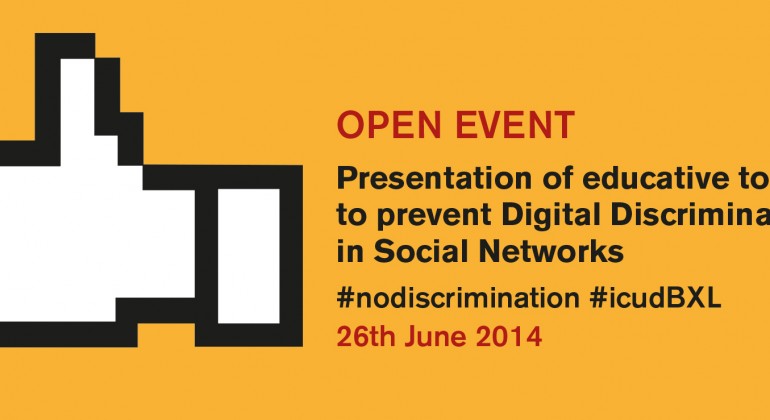 WHY CAN´T I SAY #NOTRACIST?

This event, organized by our Belgian partner Pour La Solidarité, is to present the ICUD project’s anti-discrimination pack, with practical examples and tools to combat and raise awareness about hidden forms of discrimination on social networks online.

There are many websites, tool kits and campaigns warning about online dangers such as : cyberbullying, sexting, hate speech, grooming, racism etc. These offer tips and advice how not to become a victim, or how to act once we detect or experience an attack. However, few address in depth the issue that we are more likely to unwittingly share discriminatory content, or that our children and youths are more likely to be part of a bullying group, then to fall victim of it. This is because online, the implications of sharing content are complicated.

We are often passive users, liking a post without questioning its source or its implications to others. There are many hidden forms of discrimination in language, images, jokes, advertising etc., which travel fast online and reaches large numbers of people, many unknown to us. Once we post something online, we cannot recover the information. The anti-discrimination pack has relevant material for educators, NGOs, parents as well as young people, and any person interested in becoming a safe and empathic internet user, considering themselves and others.

12.30-13.00   Reflections about the paths to use the anti-discrimination pack with youth

by Bruno Humbeeck, Psychologist and researcher at UMH

For registration, fill this online form !