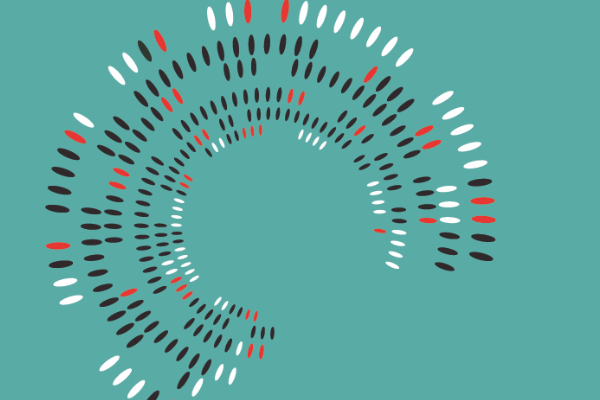 Main findings of the five national studies of the CARVE project:

“CARVE – Companies against Gender Violence” is one of the first European projects addressing the role of companies in the fight against gender-based violence committed outside the workplace. One of the first activities of the CARVE project was to carry out national qualitative studies that aimed at presenting the legal and social background as well as the way violence committed against women is treated in each partner country (Bulgaria, France, Greece, Spain, Belgium). The results of these field investigations are seen in the light of each cultural, historical and political national context in each country. The methodology of the studies was a combination of desk research of legislation, policies and studies for the period 2005-2014, and semi-structured interviews with managers and owners of companies, line/production managers, human resources experts, social partners, NGOs, gender equality bodies, national institutions, in charge of prevention and/or protection against GBV, national and EU MPs, university experts, researchers; medical and social services, social assistants, psychologists, operating in companies and business associations.

National studies were held in Belgium, Bulgaria, France, Greece and Spain in the first half of 2015. Even though the national contexts and business environment is very different in project countries we can outline some common findings:

Gender-based violence is not a topic that is easily discussed at the workplace and it is still broadly considered by business to be more a private issue, than a problem of society as a whole. What happens in the family is rarely shared outside of it and there are psychological barriers for both staff and management to cooperate in situations of gender-based violence, happening outside the work place. Several reasons can explain that. Companies in studied countries have been excluded from the awareness-raising campaigns and they lack information and data regarding the economic impact of gender-based violence. Corporate stakeholders that could actually support victims or perpetrators are neither trained to detect these persons, nor to accompany them in their search for a solution. There are no formal internal guidelines or professional guides, developed for the needs of the business. Finally, the privacy issue also arose during the interviews as one of the main obstacles, justifying why companies were not reacting, when suspecting cases of gender-based violence among women employees.

Detection of cases on the work place is not a formalised process and usually companies have a case-by-case approach. Detection depends very much on the size of the company, hierarchy established and relationships in the teams and with the management and the personality of the person, who supports or is in charge of personnel.

Different actors are involved in the different countries in the detection process: colleagues, production and line managers, owners in small companies, social workers, career counsellors, occupational physicians, and social corporate agents. Employers become closely concerned and committed, when they have a case in their company and are working close to the victim and can see her suffering. In teams, composed mostly or entirely of women in small companies, where there is no clear cut subordination, women are sharing more easily between each other, and in bigger companies, they prefer to share with a woman manager.

Without a formal victim detection system, companies sometimes identify indirectly cases of abuse: through requests for housing assistance and transfers of workers between offices in France; through requests for financial aid or investigations about reasons for long sick leaves in Bulgaria; through coaching session for managers in Belgium.

However the detection of women, victims of gender-based violence is still poor and the number of victims is under-reported. There are still assumptions that economically independent women or women working in «male» professions are not victims. There are the following common misconceptions about gender based violence: “it only affects certain social groups; it is only physical and/or sexual; it is not as common as one imagines.” Some interviewed companies declared: “We have no victims of violence among our staff, because we have never heard or seen them”. Unfortunately statistics tell us otherwise: 1 in 10 women have suffered gender-based violence at one time in their life. Therefore, any company employing a large umber of women over a few years will inevitably have employees that are in situations of violence, or indeed that are perpetrators.

For most of the companies in all countries it is difficult to address violence that occurs outside the work place, since the companies are not competent to combat a phenomenon that happens beyond their structure. Companies are not prepared and informed when and how to react. No practical procedures for implementation of the legislations are in place and no professional guidelines, tailored to the needs of the business have been developed in the studied countries.

However the cases of gender-base violence outside the workplace are happening in reality every day. Some of the national studies discovered very severe examples of bruised women employees who needed urgent and practical help. Companies, which already faced such cases, shared, that their involvement was crucial, because sometimes the companies are the only place outside the home and where women can seek protection. By understanding the problem, companies may help women to keep their jobs and economic independence, they may help by providing direct support to victims by themselves or in collaboration with other partners – NGOs and institutions (as for example support for a housing, financial support, support for professional reintegration, psychological support). Companies may offer also possibilities for their employees to support the social and professional reintegration of women victims and elaborate in cooperation with NGOs and public institutions, practical guides for the business.

The role of the companies according to some of them, which participated in the interviews, is also to educate and raise awareness among employees and managers, clients and general public. This already happened in some of the studied countries and is described as best practices examples in the national studies.

All inspiring good examples, collected during the national studies, will be reviewed by the project team and will be summarized in a European Guide of Best Practices, to be developed in the forthcoming project phase and presented at the CARVE international Conference in Brussels on the 16th of June 2016.

The national studies and research was organized, supervised, compared and summarized by: Center of Women’s Studies and Policies, Bulgaria, leader of the CARVE project WS 1 «Studying the local contexts and gathering of good practices on involvement of companies»