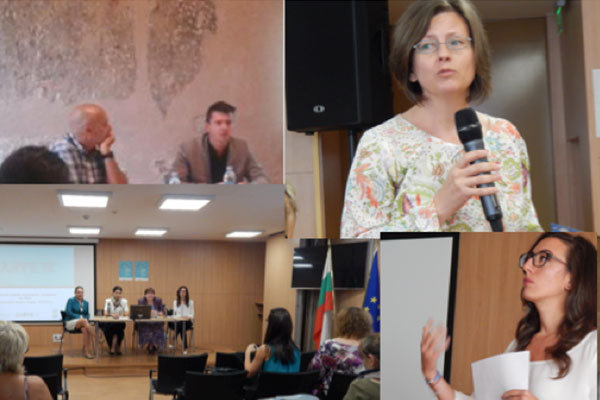 Shift toward a culture of non-violence and respect

2nd of October is the International Day of Non-Violence, established in commemoration of Gandhi’s inspiring strategy of non-violent resistance. The resolution reaffirms «the universal relevance of the principle of non-violence» and the desire «to secure a culture of peace, tolerance, understanding and non-violence». Understood as a weapon to achieve social and political change across the world, the concept of non-violence can also be regarded as a powerful mean of transformation of the society and of norms and values.

Indeed, violence, and more specifically male violence, is prevalent. Men harm one woman in three worldwide, as well as children and men (interpersonal violence, wars, suicides) (Source 1). Most of the measures, policies and laws adopted to tackle gender-based violence address its consequences: providing assistance to victims and condemning abusers. This approach is relevant and necessary; yet, it does not challenge the roots and structural causes of such violence and fails to eliminate it (Source 2). Acknowledging this issue, and believing that such violence is not a fatality and can be prevented, some NGOs, institutions and State decided to drive a change in culture, behaviours and attitude toward a society free from gender-based violence.

The promotion of gender equality, respect and tolerance is a key factor to prevent such violence from happening (Source 3). In Europe, the Council of Europe Convention on preventing and combating violence against women and domestic violence that entered into action in 2014 expects State parties to that “take the necessary measures to promote changes in the social and cultural patterns of behaviour of women and men” (art. 12). Social values and norms are forged early in life. This is why education of children and young people to issues such as “gender equality, non-stereotyped gender roles, mutual respect, non-violent conflict resolution in interpersonal relationships” (art. 14) is critical. Programmes teaching these values to perpetrators of domestic violence (art. 16) are also instrumental in elaborating a better society.

As a one of the pillars of societies, companies can drive powerful social change. They are thus more than encouraged to contribute to this paradigm shift toward a non-violent society. In Spain, the Foundation of the bank “La Caixa” is successfully disseminating original material and training educators to eradicate the roots of gender-based violence, in the framework of the programme “Violence: zero tolerance”. The French Foundation Kering is campaigning and collaborating with local NGO and social entrepreneurs to tackle violence against women in various countries of Europe, America and Asia. Measures can also be taken inside a company so as to promote safe, equal and respectful workplace. Indeed, companies provide “organisational contexts through which social norms are shaped and can be changed” (Source 4). Elaborating a safe environment in which gender equality is valued and implemented, and gender-based violence condemned, can trigger significant change. The project “Our Watch” offers clear and inspiring advices and tools for companies to engage in tackling the roots of male violence against women and children.

CARVE Project is particularly inspired by this philosophy, and intends to contribute to the edification of a peaceful and non-violent society. We are convinced that such an ambitious vision will be achieved with the collaboration of all members of the society. Altogether with our eight partners representing five European countries, we conducted national researched, interviewed people from the private, public and third sector. Our ambition is to foster the involvement of companies in the fight against gender-based violence, by providing them with tools to deal with such a devastating issue.
We are now determined to disseminate the outcomes of our researches, and all of the partners are leading national seminars in France, Bulgaria, Belgium, Spain and Greece. The first one was organised in Bulgaria, where the Centre of Women’s Studies and Policies presented its report on 16 of September 2015. Then, the Spanish NGO CEPS Projectes Socials held its seminar in Barcelona, on 1st of October, quickly followed by the French foundation FACE on 8th of October in Paris. The Belgian NGO Pour La Solidarité will hold it on 27th of October in Brussels and will be followed by the Greek Hellenic Network for Corporate Social Responsibility in December.
These events are serving to present the outcomes of the national reports and to open a public debate. The outputs of both national reports and workshops will be then used to draft a European Best Practice Guide for companies and politicians to achieve a better vision of the European situation regarding domestic violence in Europe, and the best ways to assist victims. It will be released during the European conference held in Brussels in 2016. This two-years project is co-financed by the ‘DG Justice: Daphne Programme’ of the European Commission.