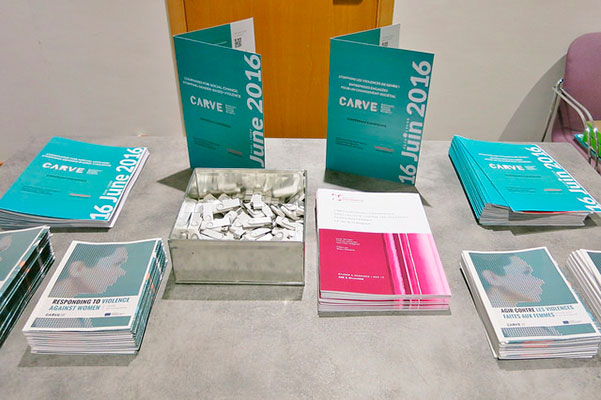 It cannot be repeated enough: one in three women is or will be victim of physical and/or sexual violence since the age of fifteen (source 1). “This means that statistically each one of us, regardless of social class, culture or nationality, is surrounded by victims of this scourge” (François-Henri Pinault, chairman of the Corporate Kering Foundation). It also means that most companies, if not all, employ at least a victim or an offender. Many reasons motivate companies to take a stand against gender violence: a sense of moral and civic duty, a desire to ensure the safety of their employees and to limit the economic losses associated with such a plague (source 2). However, the lack of information, tools and resources often limit their ability to support victims, challenge offenders and tackle gender violence. 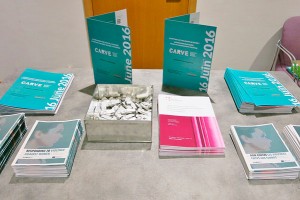 The core of the CARVE project is to improve this situation by providing companies with practical tools to address the issue of gender violence happening at work and outside the workplace.
On 16th of June 2016, the Conference “Companies for Social Change: Stopping Gender-Based Violence” of the CARVE project reunited a wide range of renowned stakeholders –from major EU representatives and NGOs to trade-unions and companies- to discuss the issue of gender based violence happening outside the workplace.
At this occasion, we presented the CARVE European Best Practices “Guide for companies: Responding to violence against women”, a concrete tool designed for companies to address gender violence from the workplace. It can be downloaded here in six languages, as well as a helpful poster summarising the “five stages to prevent and respond to violence against women” and key facts and figures on the issue, to be displayed in all workplaces. 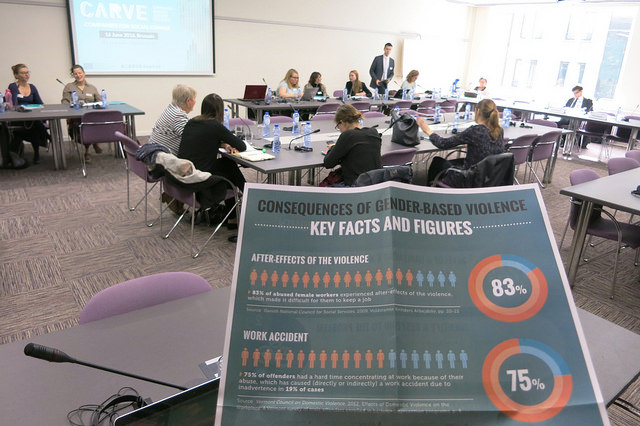 Many valuable presentations were given on that day, going from research-based contributions on the economic costs of gender-based violence to practical solutions set up by companies, public bodies or women’s organisations. Further to raising awareness on the relevance for companies to take action, the event thus highlighted the wide range of possibilities companies have at their disposal to contribute to social change. 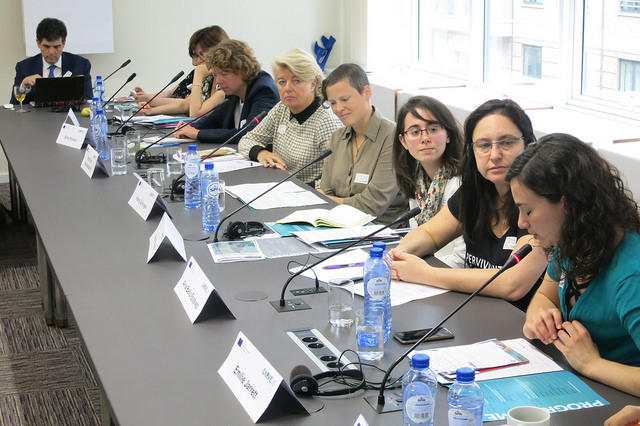 The conference also turned out into a unique opportunity of networking between the multiple stakeholders having joined the event: indeed, if companies can play a major role in tackling violence against women, the conference focused on the need to build a sound ecosystem including specialized associations and public services to support companies. In general, a holistic and comprehensive approach was defended by the speakers who underlined the need to address gender stereotypes, sexism and austerity as roots of gender-based violence. 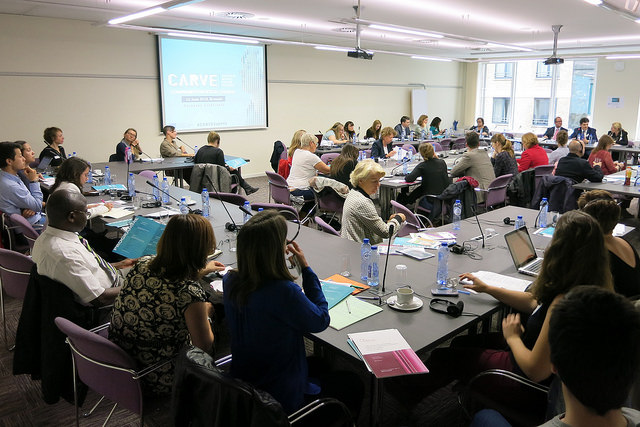 This European Conference is the culmination of two years of research, interviews, seminars and elaboration of a guide, and we hope that it will be a starting point for a greater awareness of the issue leading to more initiatives to tackle it involving the society as a whole. So as to conclude the CARVE project, co-financed by the ‘DG Justice: Daphne Programme’ of the European Commission, the partners representing five European countries are organising worth attending dissemination events in:
– Belgium: 16th June 2016, Brussels
– Bulgaria: 19th September 2016, Sofia
– France: 4th of July 2016, Paris
– Greece: t.b.c.
– Spain: 15th September 2016, Barcelona

Do not miss them: register!

We wish you a beautiful summer, and we hope that it will bring you inspiration, strength and imagination to create a society free from gender-based violence! See you in September to spread information, tools and resources on how to address gender violence from the workplace. 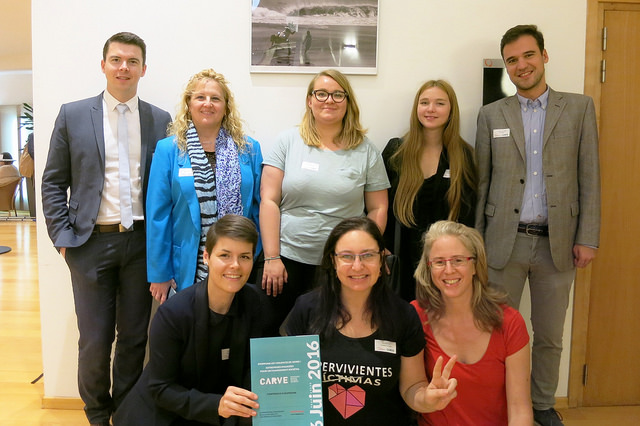