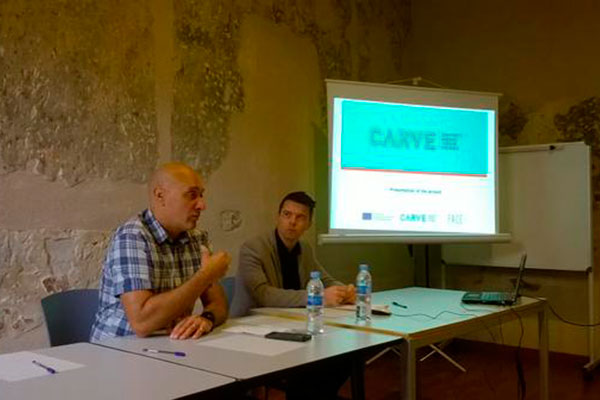 On 1st of October 2015, Barcelona welcomed the first Spanish seminar of the CARVE project (Companies Against Gender Violence) organised by CEPS Projectes Socials at the Civic Centre Pati Llimona. Participants discussed good practices as well as possible future involvement of companies in the fight against gender-based violence happening outside the workplace.

The presentations of the day can be seen here.

Simon Miclet, representative of the French “Fondation FACE” coordinating this project, opened the day with a presentation of the project, its ambitions, what the eight partners have achieved so far, and the remaining actions to be implemented. 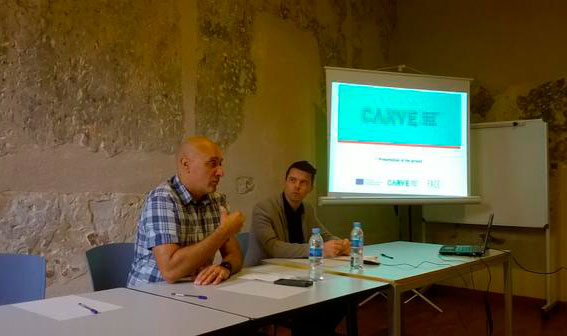 Then, Capucine Coustere, researcher at CEPS Projectes Socials, released the provisional conclusions of the investigation led in the Catalonia and Spain. Showing the Spanish state-of-art of the involvement of companies in the elimination of gender violence, this report is a “first step toward further research and actions, aiming at raising awareness on the issue of gender violence and workplaces”. She quickly gave the general picture of the Spanish and Catalan legislations and policies framing the actions of companies in this area, and highlighted their strengths and weaknesses. She finally presented a list of inspiring good practices indentified throughout the previous interviews realised with companies, NGOs, public institutions and trade unions to elaborate the report. 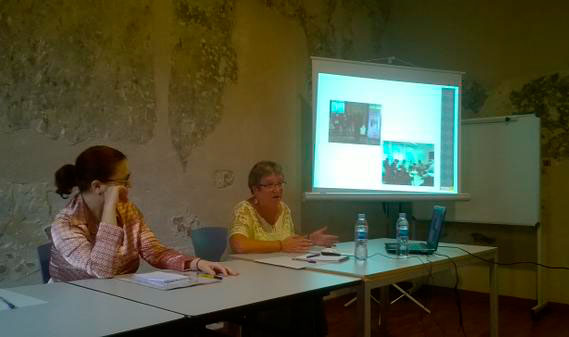 Following this introduction, the first panel of interveners exposed the institutional vision of this issue. It started with Carmen Manías who represented the Equality and Quality at the Workplace department of the Generalitat.

Lidia Sandalinas, working at the Secretary of the woman in the Spanish trade union Comisiones Obreras (CC.OO.), took then the floor to expose CC.OO. commitment to gender equality and to the elimination of gender violence from a workplace angle. She detailed the numerous actions, initiatives and formations they organised to this aim, and …

After so many stimulating thoughts and discussions, it was more than time to take a break. One coffee and more-than-one slice of a homemade cake later, we were ready to start the second part of the seminar, dedicated to the corporate vision of this issue.

Sílvia Alberich Castellanos gave us the position of her company Criteria RR.HH. This company is a Human Resources consulting, that support companies’ elaboration of gender equality plans, and provides formations on gender equality and gender-based and sexual violence happening at the workplace. She recalled the crucial necessity to tackle gender inequality in the workplace, so as to efficiently eliminate gender-based violence. Indeed, male violence against women takes many forms, and is both a manifestation and fuelled by gender inequality and daily manifestations of it. Measures to address the issue of gender violence happening outside the workplace must be embedded in a wider policy on making gender equality a reality at the workplace. 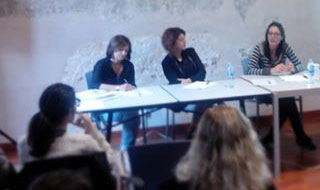 Rosa Llamas, from the Spanish company Clece, presented us the many initiatives and actions they are implementing on a daily basis to address the devastating issue of gender-based violence committed by a partner. On the first hand, they are deeply committed in contributing to the professional reinsertion of women who have suffered from gender-based violence. Their action in this field started two years ago, and they already doubled the number of women welcomed under that programme. On the second hand, they established procedures to address this issue when their women employees let them know about a situation of partner violence they live and provides them with professional rights. 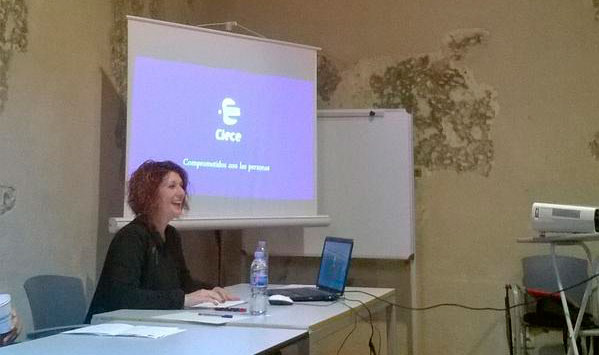 Finally, Sonsoles Gonzalez, representing Trànsit Projectes, gave us an insight of the situation in her organisation, and raised questions and issues related to the difficulties of the practical implementation of the Spanish law on gender-based violence.

The presentations were followed by passionate and inspiring discussions around the definition of gender-based violence, the choice of words, the issue of partner violence in same-sex couples and of the presence of the abuser and the victim at the same workplace. The difficulty to find and implement the right solutions war underlined, alongside with the repetition of the necessity to stand for women who are suffering from abuses and to share good practices for companies to support them.