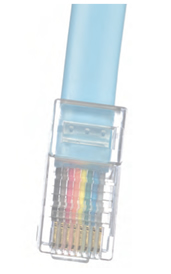 AHEAD is a European project, co-funded by the European Union’s department of Justice, Freedom and Security, and promoted by the Departament of Civil Rights of the Barcelona City Council. The main objective of this project was the elaboration of the European White Paper Combating Homophobia you can access below that collects recommendations and good practices to foster local public policies aimed at fighting discrimination on grounds of sexual orientation and gender identity.

The project, which runs from January 2010 to June 2011, combines local and international aspects. On a local level, the city councils of Cologne, Turin and Barcelona are implementing innovative policies focused on fighting homophobia and transphobia. On an international level the main goal was the production of the White Paper: Combating Homophobiawhich was presented in Turin on the 29th of April 2011. Here the electronic versions in 5 languages for download:

Part of the project was the International Conference ‘European Rainbow Cities’, celebrated in Barcelona on the 14th and 15th of October 2010 and a closing conference in Turin on the 29th of April 2011. Both offered opportunities to share local best practices, and to reflect on the challenges for policies that help fight discrimination on grounds of sexual orientation and gender identity. The conclusions and presentations can be accessed here.

The White Paper presentation was inaugurated with a video message by Ms Viviane Reding, Vice President of the European Commission and Comissioner for Justice, Fundamental Rights and Citizenship: